According to Wikipedia the Kraken […] (/ˈkreɪkən/ or /ˈkrɑːkən/) is a legendary sea monster of large proportions that is said to dwell off the coasts of Norway and Greenland. The legend may have originated from sightings of Giant squid that are estimated to grow to 12–15 m (40–50 ft) in length, including the tentacles. The sheer size and fearsome appearance attributed to the kraken have made it a common ocean-dwelling monster in various fictional works.” (2015-06-01 Wikipedia: http://en.wikipedia.org/wiki/Kraken)

Sea monster, fearsome appearance, hmm… Well today I want to share with you 3 examples of the cute and cuddly version of the “The Kraken” 🙂 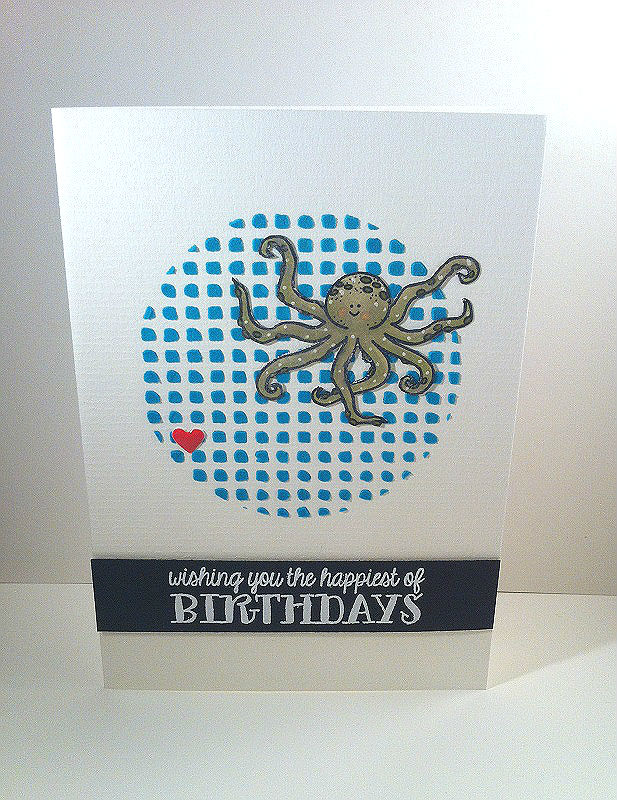 I used the adorable octopus from the Create a smile stamp set Underwaterlove. He is hell to cut out by hand but it is completely worth it because he is sooo cute! So cute that I couldn’t stop at just one card – I had to make more of this happy creature.

The first one is a birthday card with a fun background using coloured embossing paste and a stencil.

The second card is again a birthday card with a distress ink background with lots of contrast to the yellow octopus. 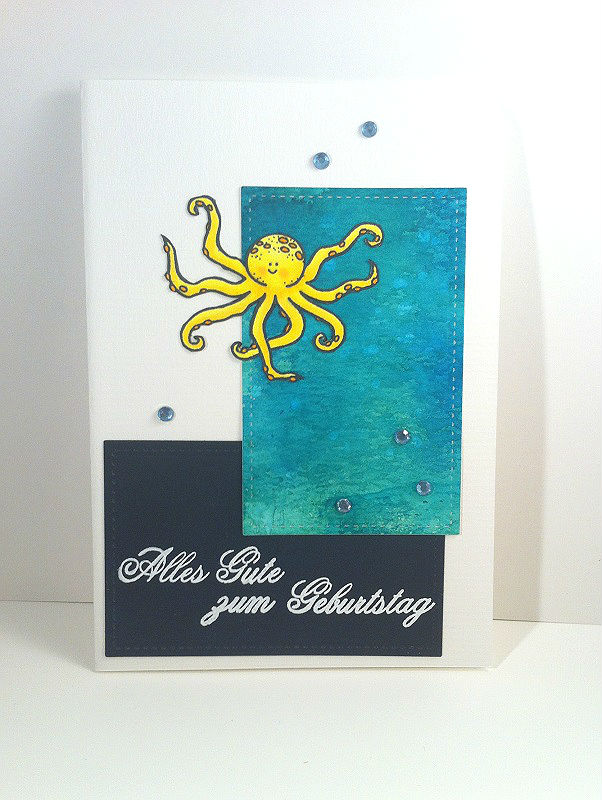 The third card is a shaker card for which I did a distress ink background and I kept the whole card in shades of blue so that the main protagonist would stand out. 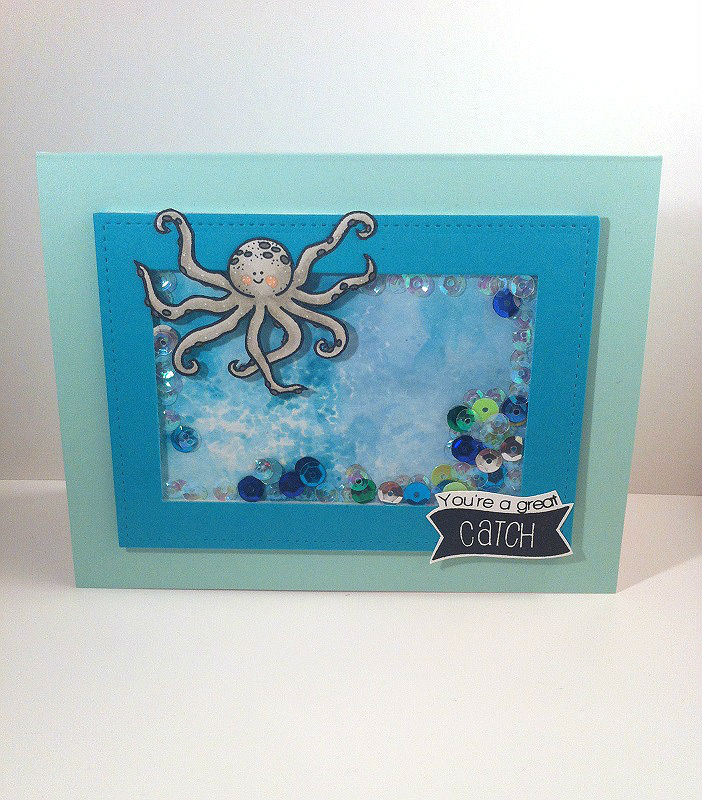 I would respectfully like to admit these cards for the following challenge: Create a Smile July Guest Designer Call. 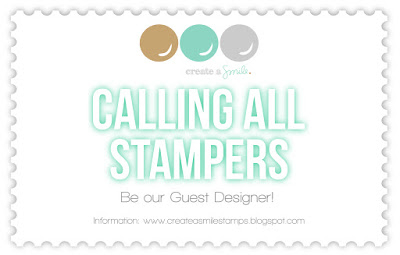